About the project
We worked with Jan on a comprehensive edit before we moved ahead with the front cover, using one of the beautiful illustrations done by Alice Ashby. The book is a real-life story put into an engaging format for a younger audience (ages 6-10), so the cover needed to reflect that. We then continued the theme created by the cover to create the interior book layout.

Once the print layout was finalised, we organised the printing of this book via our Print Procurement service. While the book was being printed, we began the ebook conversion. This book was converted into a Fixed Layout Ebook. The decision was made to do it this way rather than Standard (Reflowing), because the client wanted to keep the images exactly as per the print book. This is only possible with fixed layout, as a reflowing format would mean no images bleeding to the edge of the page, and some of the smaller images which had type run around on them would look very different once the type was enlarged by the reader. Once we had converted the ebook, making sure it looked good on as many devices as possible, we aggregated it to our usual four vendors (see above links). 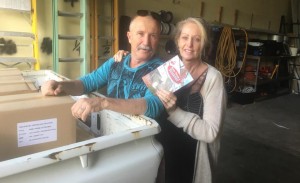 Jan and Mitch were thrilled with the final product. Here they are picking up their books from our warehouse. You can read about it here:
http://www.australianebookpublisher.com.au/2016_september-28_blog.php

About the book
Australian nurse Anne Donnell is off to World War I. Anne can hardly believe her eyes when she sees a fluffy little dog poking its head out of a soldier’s kit bag as he boards the ship. Dogs aren't allowed on a ship of war. Will Stitcher be discovered and tossed overboard?

Arriving in Greece, Anne is thrown into a world of injured soldiers, guns and bombs. Some will live and some will die. Some will suffer from maladies both physical and mental. Gentle, brave Anne is there through it all, in this true account of a young nurse gone to war. Lovingly rewritten from Anne's actual diaries, by her descendant Graeme Mitchell and his partner Jan Leader, Anne Threw a Streamer is a real tale of friendship and war.

Anne wonders if she and the diggers will be thought of and remembered in 100 years. That part of the story is up to you. 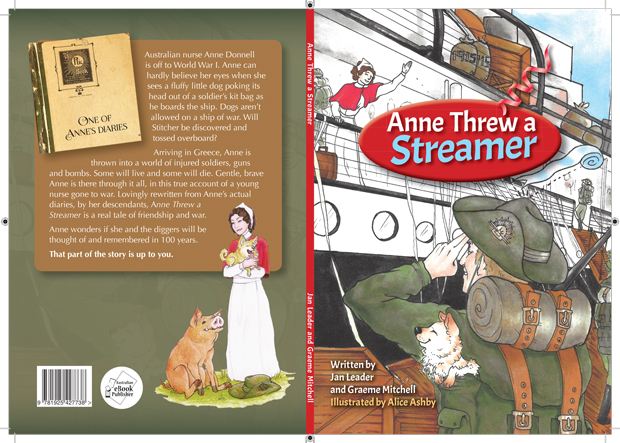 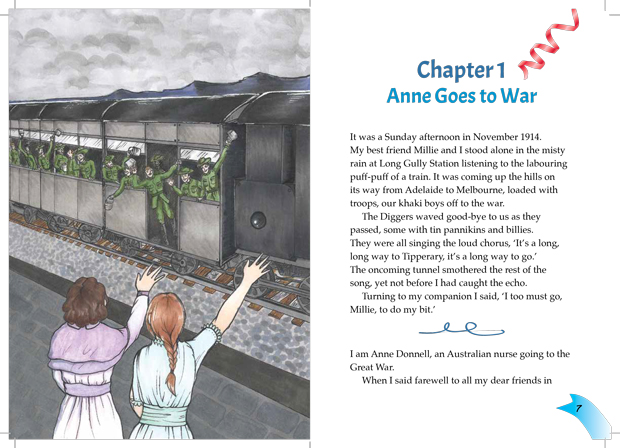 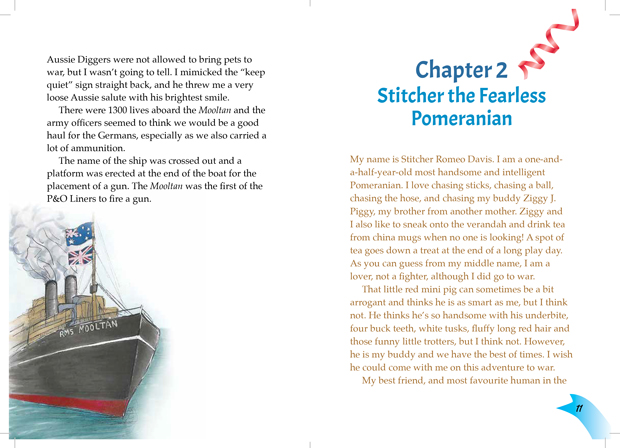 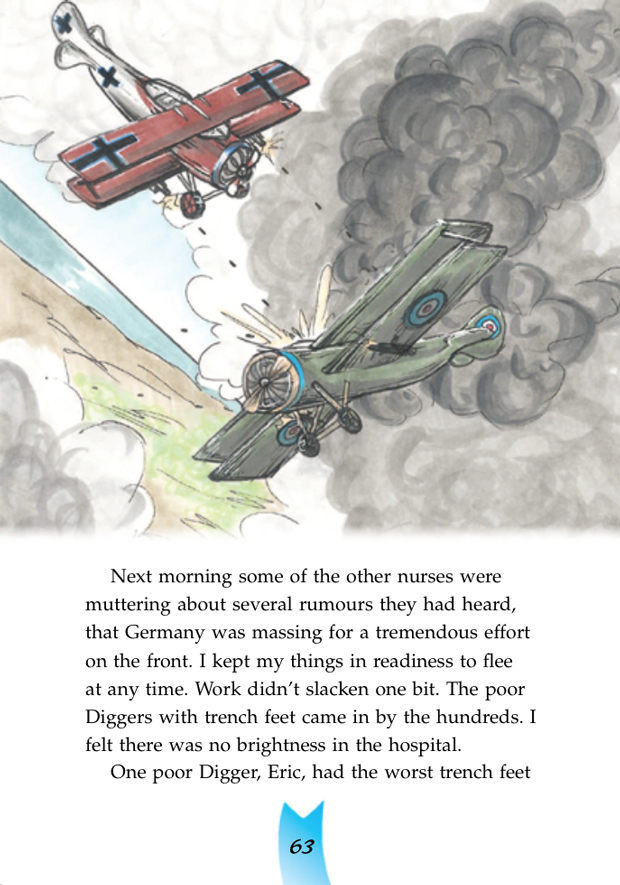 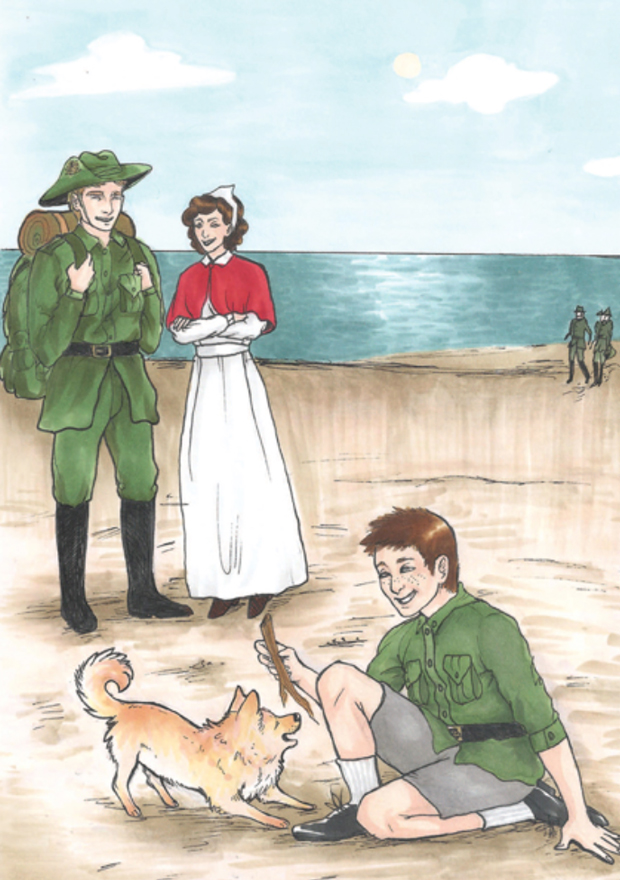