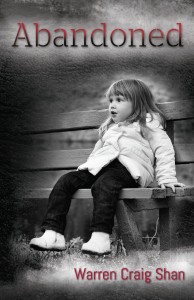 About the project
In 2013, Warren came to us with a 10,000 word manuscript to be converted into ebook for distribution.

Wedesigned the front cover and completed the ebook conversion, then distrubuted it to our usual vendors.

Some time after the ebook conversion process, Warren asked us to create a print layout for his book to be distributed via print-on-demand. We then readied the book for print-on-demand. We used the style and design that had already been established in the ebook and adjusted the front cover for print. Then wecreated and laid out the interior pages to suit the cover. During the print layout process, care was taken to ensure styles of headings and font choice was consistent with the genre of the book and style of the cover.

There were no images in the content which made both the print and ebook projects a very simple and straightforward process.

About six months after the print book was completed Warren came to us with an updated manuscript with an additional 20-30,000 words. His short story had been developed in a novella. We provided a thorough line edit in tracked changes. Once the edit was complete we then undertook a proofread to tidy up the manuscript. the next step was to re-do the ebook and print editions.

The next step was to re-do the ebook and print editions. Warren had a new size in mind for his print book so we re-laid it out for print at a smaller book size. We adjusted the design to better suit a novel and the sci-fi genre. The ebook conversion followed smoothly on from that and both ebook and print book were re-distributed with updated metadata.

Book Information
Emily is a woman with a dark past. She was found abandoned on a park bench in Glasgow, Scotland when she was only two years old. Being unable to talk or explain herself meant that growing up within the Scottish welfare system was depressingly harsh. This all changed the day a young social worker named Kim came into seven-year-old Emily’s life.

Kim suspected that there was definitely more to Emily than the workers in the social system had surmised. She believed that Emily was no ordinary sufferer of domestic trauma.

Over the next decade, Emily, through Kim, finds hope, guidance and the chance of a normal life. But when a teenaged Emily becomes a victim of assault, leading to the death of her attackers, it fires off an urgent need to find out who she actually is.

Through the first person accounts of a social worker, a teenager, a gymnastics coach, an investigative agent and a sickly, elderly man, we observe Emily’s often-perilous journey to discover her true identity and what led to her abandonment in the first place—what she eventually finds may be truly extraordinary. 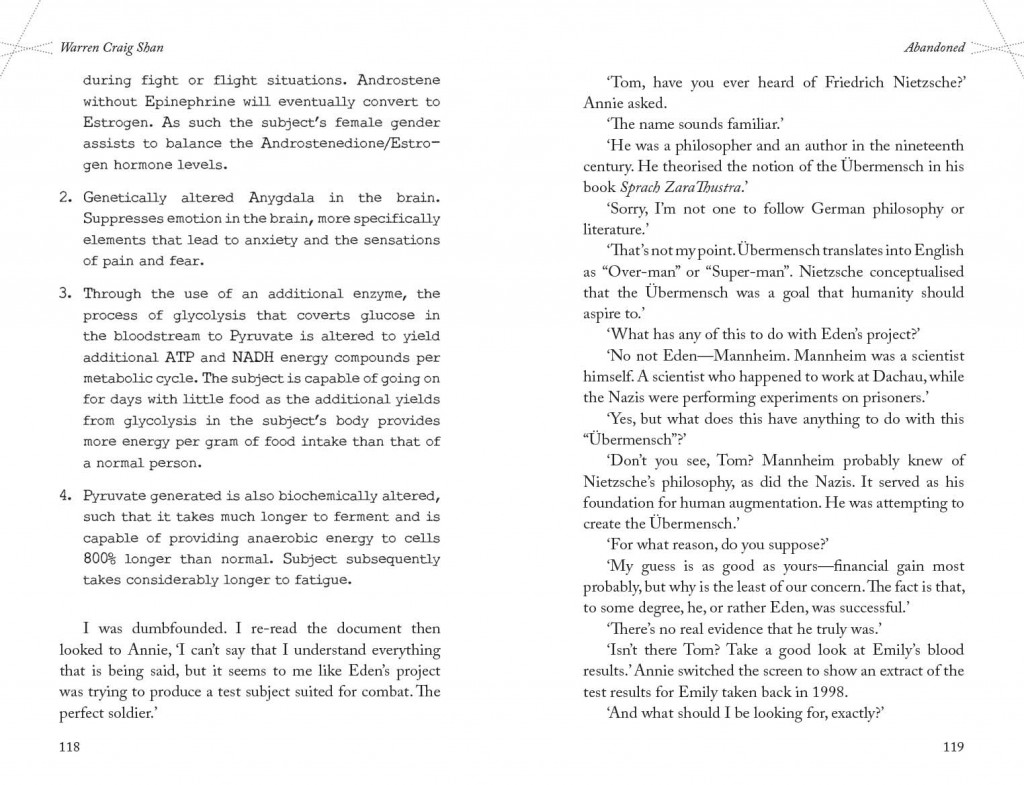 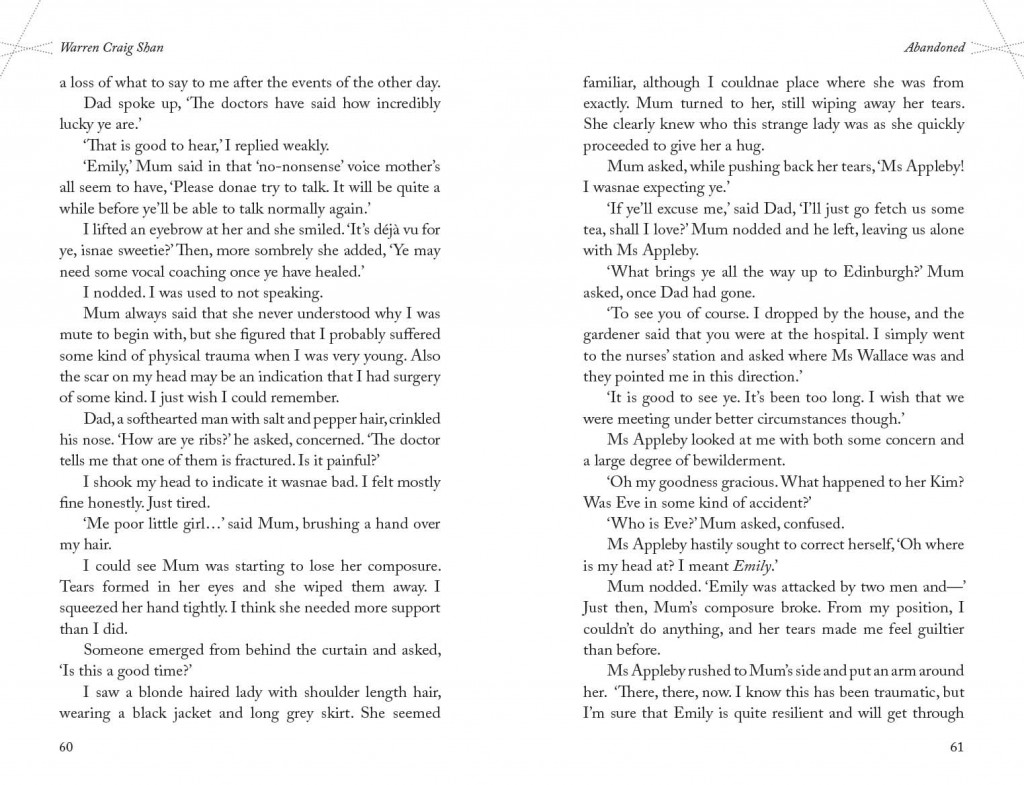 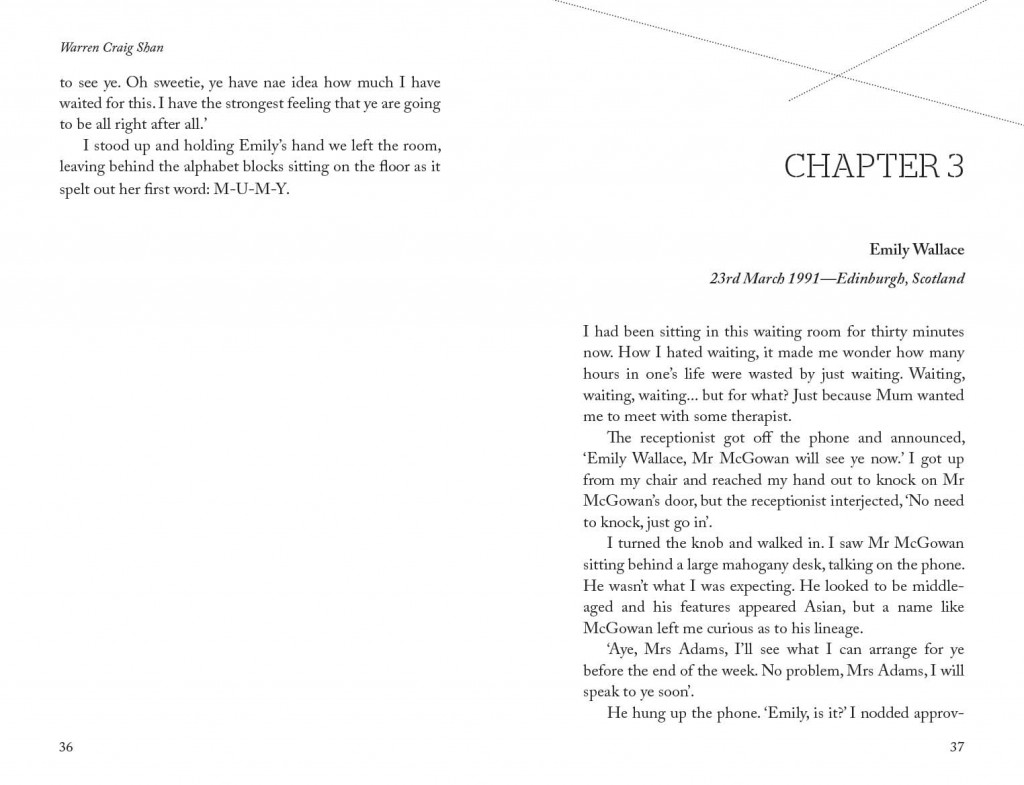 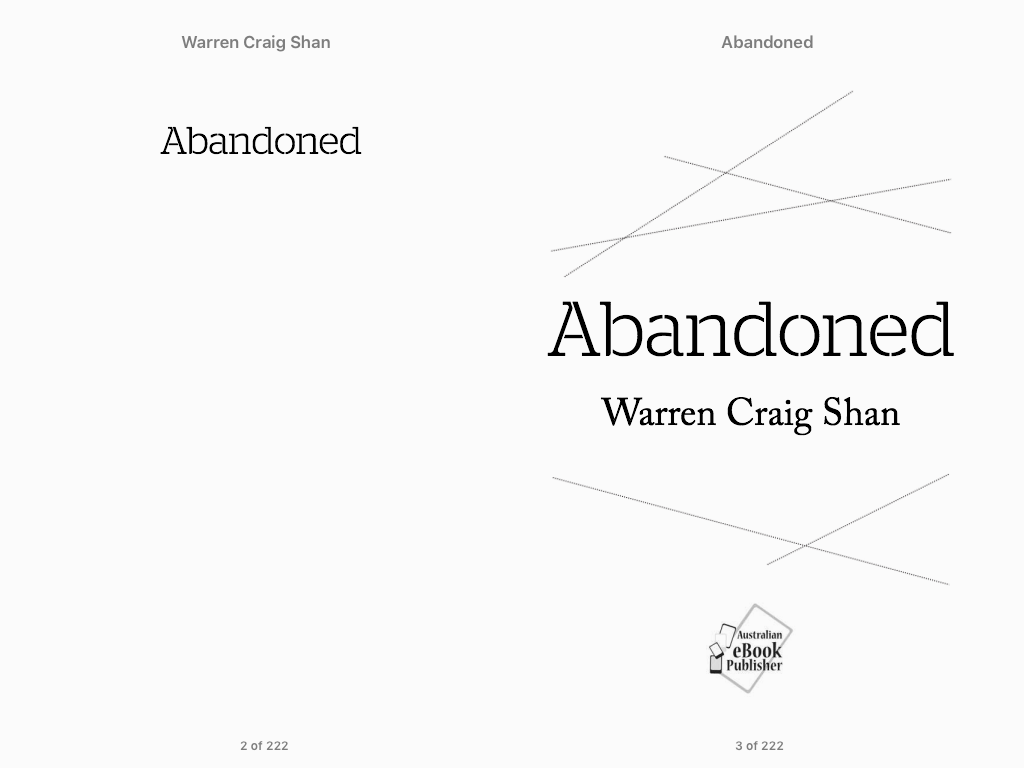 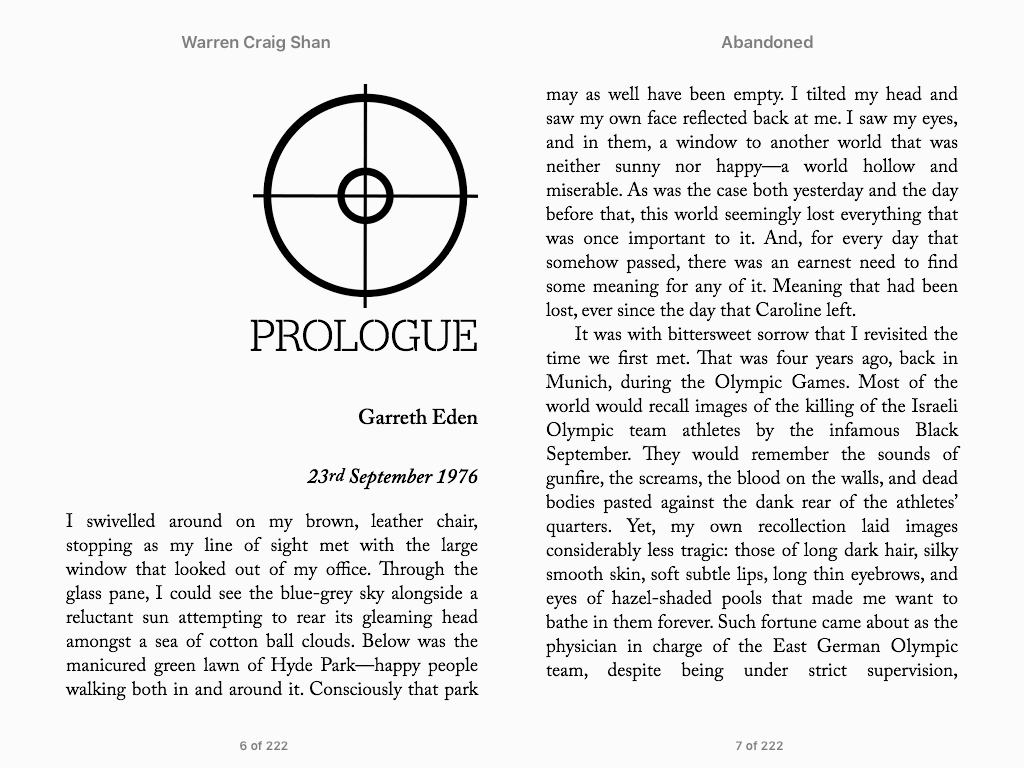 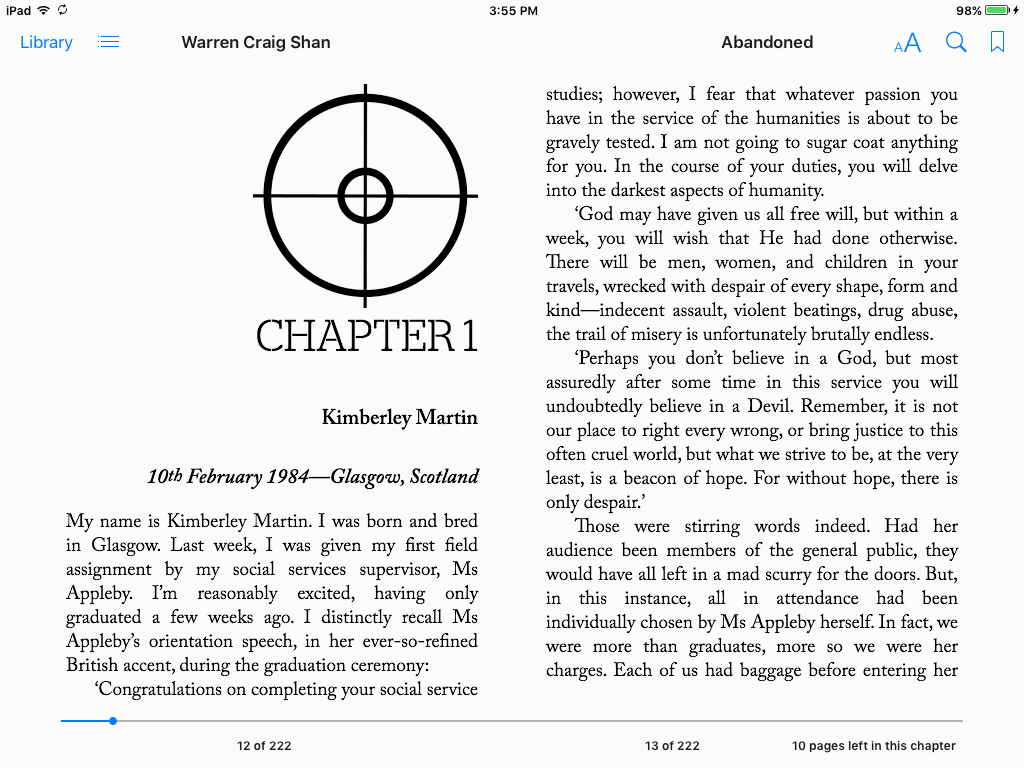 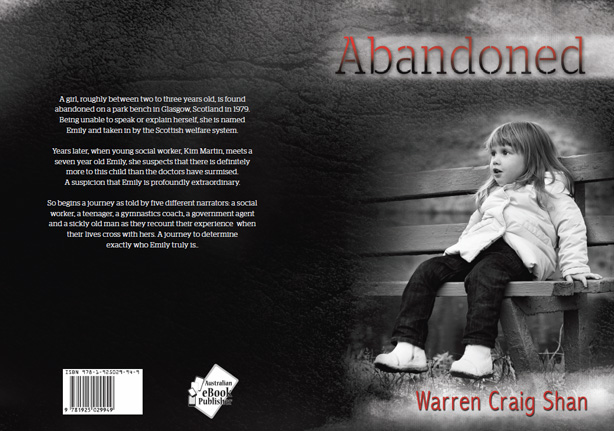 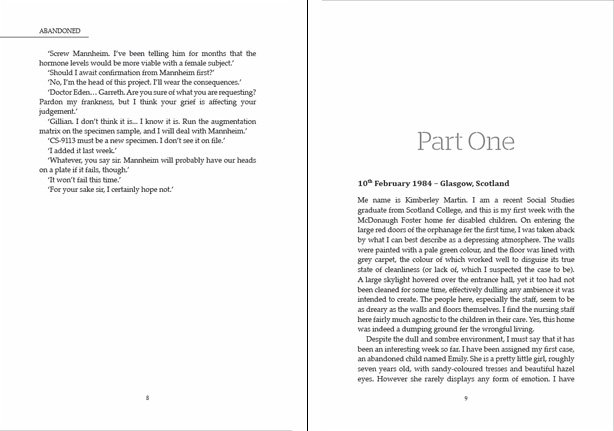 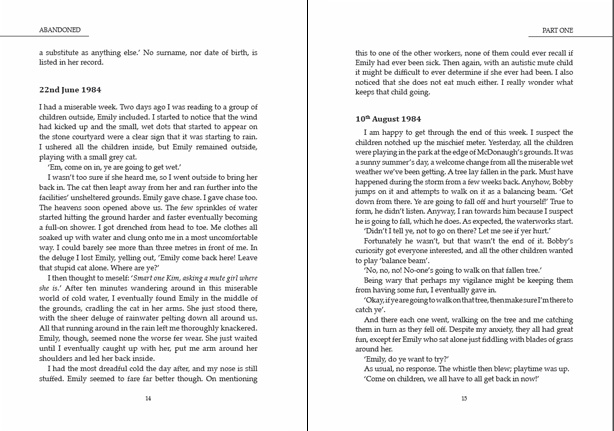